Getting the best resale value for your used car isn't always straightforward. When selling a used car, there are obviously a multitude of variables affecting value, such as—the condition of the vehicle, it’s odometer reading, it’s age. What a lot of people don’t realize is that when you sell your car could have as much impact on the sale price as much as its condition.

So, when is the best time to sell your car?

When selling your car, you should be aware of what is called “car buying cycles” or how certain makes and models of cars are sold and bought throughout the year. It’s good to understand what types of new cars are selling because they affect the used car market as well.

Here are the number of new cars sold in 2020 by make and model from Stats Can:

You can see that for some cars there are buying trends for certain parts of the year. For example, sales of Ford F-Series trucks were much higher during the summer period. This may coincide with the increase in construction, agriculture, and industrial labor during this time. Similarly, SUVs such as the Honda CR-V and the Ford Escape have higher sales in the summer months and also peak in December as families look to purchase a vehicle for summer travel or to account for winter conditions.

It's easier to see the trends when you look at vehicles with less sales volume:

The Land Rover Defender and Chevy Trailblazer, both SUVs, had much higher sales in the summer and winter months.

Based on consumer buying cycles, selling your car during months where sales volume for your make/model are high will most likely increase the probability of selling your car as people buying new cars may also be considering buying used.

The time to sell is now—the economic factors

The ongoing pandemic has certainly impacted the economy and the automotive industry as a whole. According to Consumer Reports and StatsCan, the price of cars has gone up considerably, including used cars.

The global microchip shortage and supply chain woes have made it harder for car manufacturers to make and deliver cars, causing a global shortage of cars overall. Inflation increases in the CPI (consumer price index) has made assets such as used cars more valuable than they would be in normal times.

In factoring in rising prices, the cost of gasoline, which affects car purchasing behavior, has also risen. 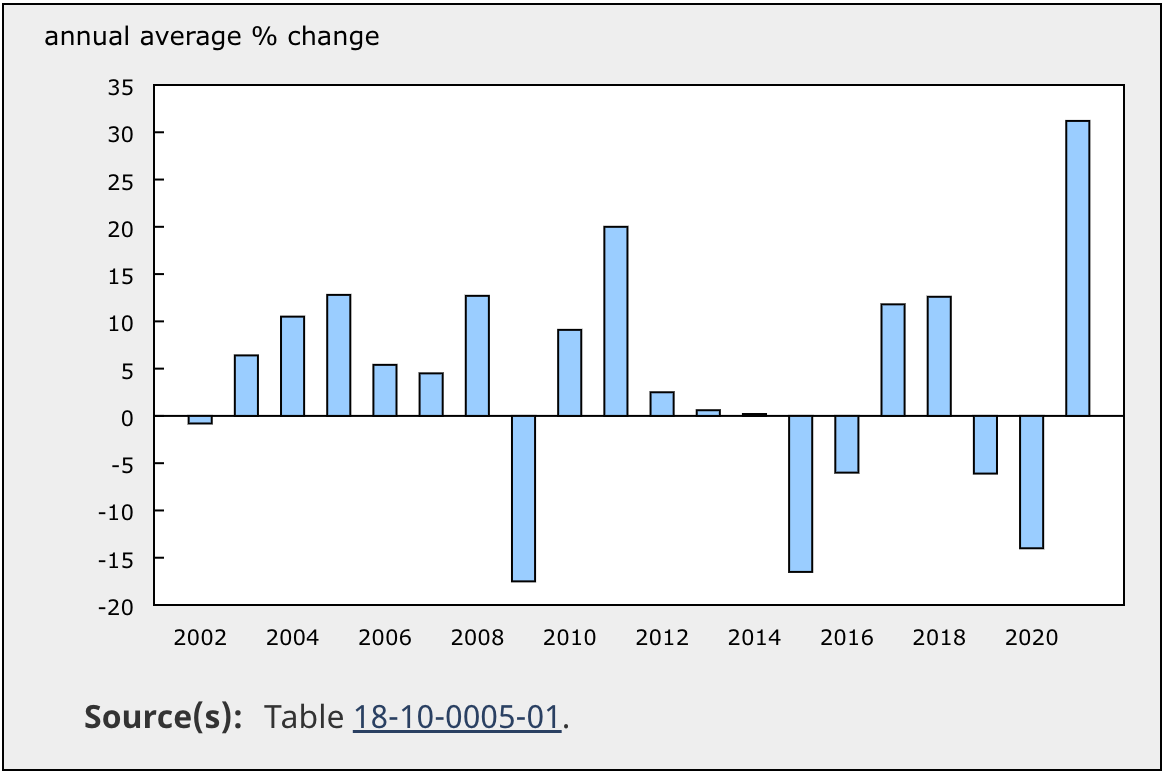 With the growth of EV sales, one would surmise that a used EV will have a higher than average fair market value than at any other time:

Growth in EV Sales by Year 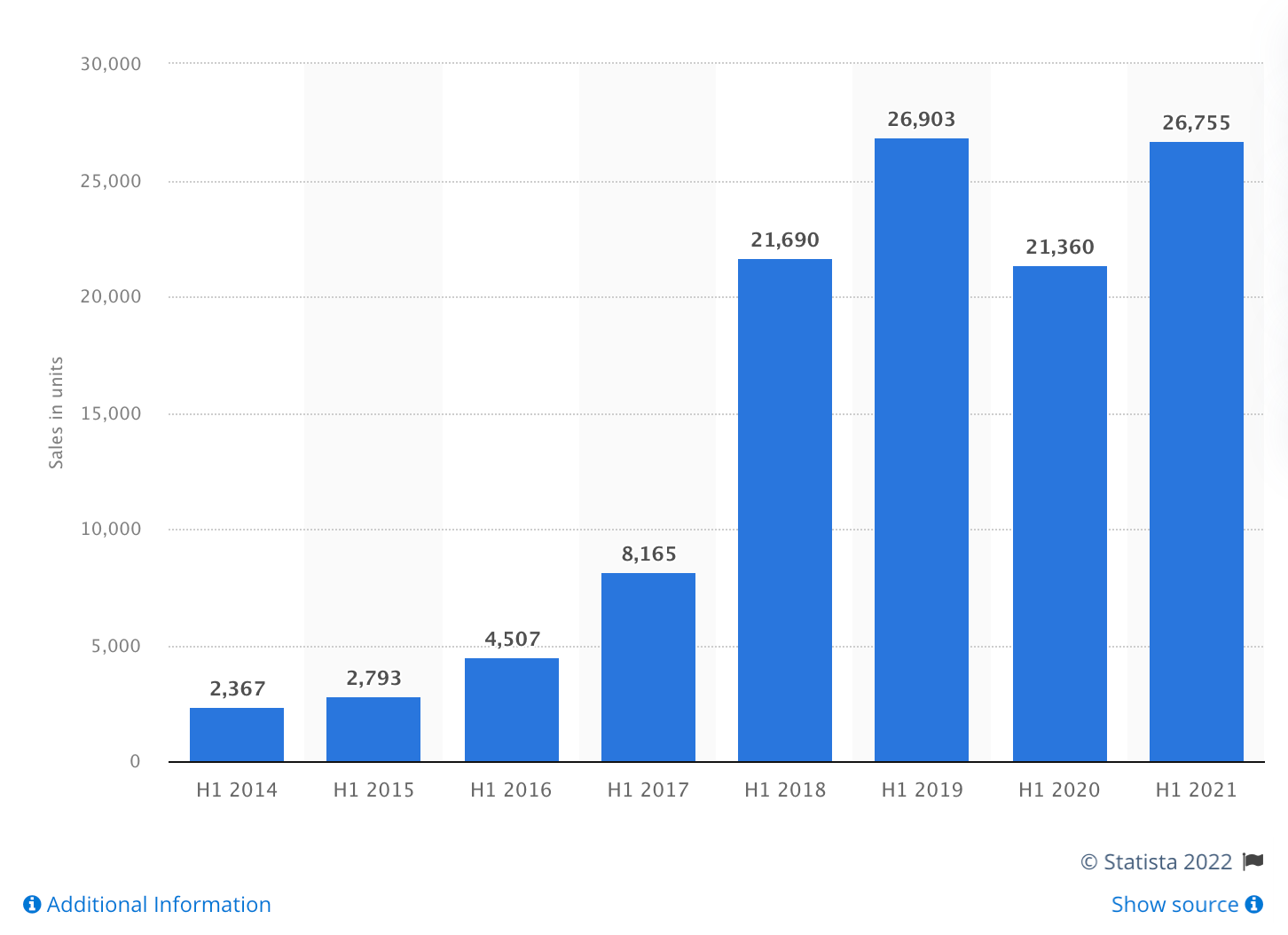 If you’re looking to sell your car, seasonality certainly has an impact on sales value. That being said, economic factors such as those being felt today have created a seller’s market—an opportune time to get the most value for those looking to sell.

Looking to sell your car?

If you’re looking to sell and get the most value out of your car, the timing couldn't be better. The aforementioned economic factors (supply chain issues, inflation, car and chip shortages) have driven up the price of used cars. For example,

Looking to find out the value of your car?

See what your car could fetch on Autozen, where hundreds of buyers actively compete for your vehicle. If your vehicle is in demand–and you’re considering selling–there may never be a more opportune time to sell your car. 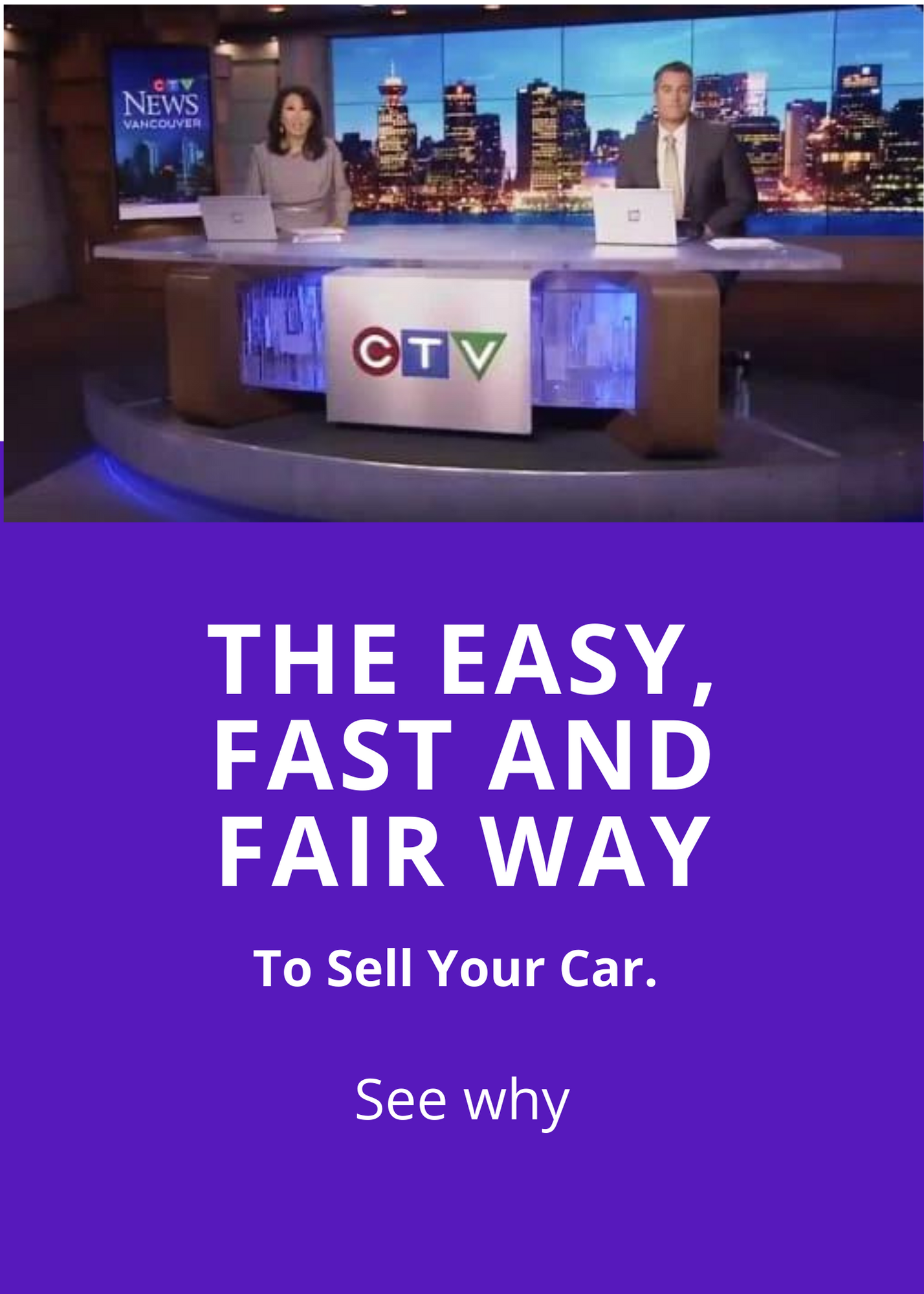 The Autozen Team
Hi, we're the Autozen content team. We're all about sharing insights and data to help people make better decisions when it comes to their cars.